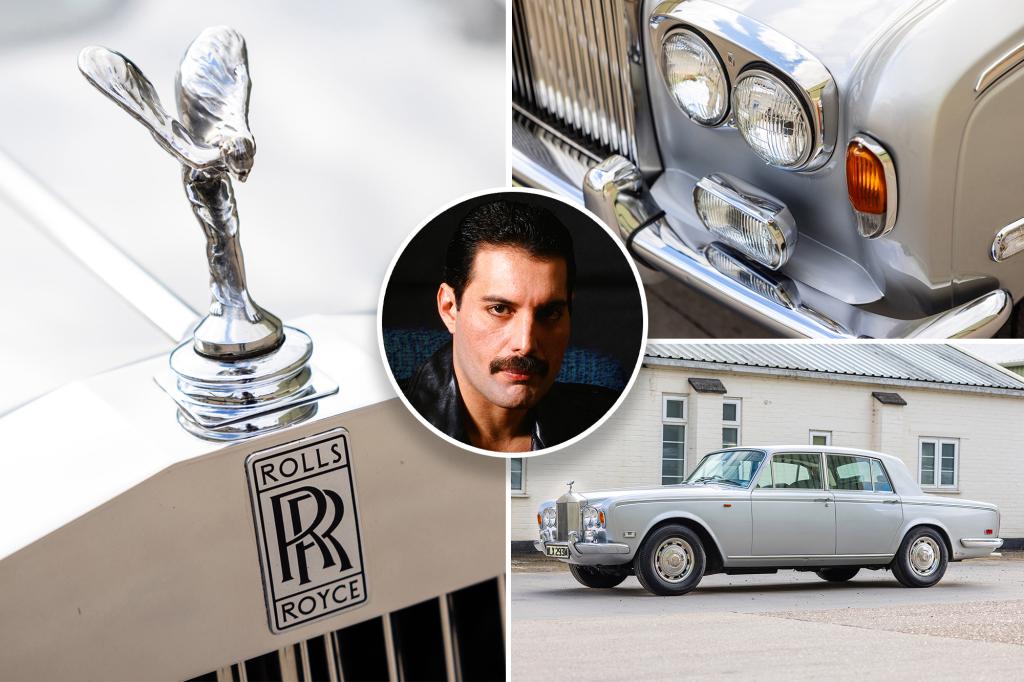 In a rare offering, Freddie Mercury’s 1974 Rolls-Royce Silver Shadow is to be sold off next month at an RM Sotheby’s London auction.

Queen’s buoyant frontman had a fondness for luxe cars, which included a Lincoln, a Daimler, and his favorite Rolls-Royce, a replica of which was featured in the beginning of the film “Bohemian Rhapsody.”

Mercury did not have a driver’s license, oddly enough. But the sparkling car would chauffeur the star up until his death in 1991 at age 45.

The “Don’t Stop Me Now” singer purchased the car in 1979, and was apparently so excited by it that he insisted his bandmates be a part of its history.

“We filmed the promo video for ‘We Will Rock You’ in the garden of [drummer] Roger Taylor’s new Surrey mansion … and Freddie upstaged everyone by arriving in his brand-new Roller,” longtime band manager Jim Beach wrote in a letter, according Hagerty Auctions to verify the car’s ownership. “Freddie insisted that we sign all of the (EMI/Elektra) contracts, all of us together, in the back of the Roller because this was the first Rolls he’d ever owned.”

The Silver Shadow Rolls left the factory in Silver Chalice paint with a blue interior. Powered by a 6.75-liter V-8, features include a car phone and a cassette deck.

And whoever snags the car will also get a history file, which features paperwork with Mercury’s name on it, and paperwork recorded in the name of Mary Austin — Mercury’s former partner, who assisted the singer with upkeep of the Rolls-Royce. Additionally, that letter from Jim Beach further verifies the car’s celebrity ownership.

Proceeds from the auction, which will take place on Nov. 5, will go towards Richard Branson’s supported charity Superhumans Center, which provides aid for war victims in Ukraine and will be used to fund a new hospital in the Ukrainian city of Lviv.

According to RM Sotheby’s, the sale of the car “presents a once-in-a-lifetime opportunity to acquire a piece of rock and roll history, while at the same time benefiting a remarkable charity.”

“[It’s] Simply fantastic,” Nick Wiles, car specialist at RM Sotheby’s said in a statement. “It’s hard to find any music fan who doesn’t love Freddie Mercury, and he remains as big a name today as he ever was. This car represents a serious piece of history.”