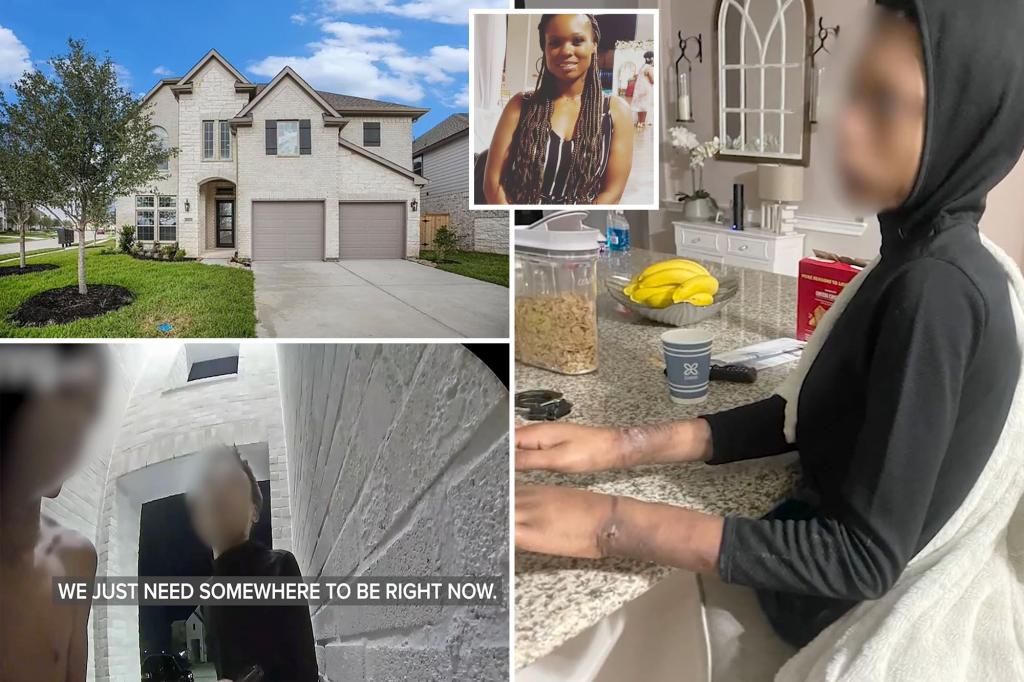 In September, Zaikiya Duncan, 40, and her boyfriend Jova Terrell, 27, moved into a suburban Texas neighborhood, renting a four-bedroom, four-bathroom home for $4,200 a month.

And while the newly built Houston-area property seemed like the perfect place to raise a family, it became an alleged nightmare. According to new court papers, Ducan and Terrell brutally abused her twins inside the home.

There is no telling exactly how long the alleged torture persisted.

The two 16-year-old teenagers made their daring escape early Tuesday, in the middle of the night, after they waited for Duncan and Terrell to fall asleep. They were allegedly handcuffed, but the boy had hid the key in his mouth, new court documents reveal.

Running to a neighbor’s home, they begged for help. The woman who took them in, and wished to remain anonymous, discovered the children severely malnourished.

“Their hands were so swollen, their poor hands were bigger than the rest of their bodies,” the neighbor said in an interview with Good Morning America.

The stories paint a picture of alleged terror that strays far from the typical security of a family home.

Duncan and Terrell rented the 3,200-plus-square-foot home from residential developmental company Land Tejas, according to records obtained by The Post.

Located in Cypress, features of the two-story property include a formal living and dining room, and an island kitchen with a breakfast area that opens out to the family room.

Upstairs is a game room with a media area, according to the previous listing. The primary suite comes with an expansive walk-in closet.

It also has a covered patio and an attached two-car garage.

The real-estate agent on the listing told The Post that she only advertised the property for the builder and never met with Duncan or Terrell personally when they moved in a few weeks ago.

The not-yet completed community, known as Marvida, features a neighborhood pool and a playground. But it’s also where accounts of allegedly abusive family life have now emerged.

The twins explained how they, along with their five siblings, had allegedly been handcuffed, beaten, starved, kept naked and forced to eat their own excrement. They were allegedly beaten with electrical cords, metal rods and even forced to drink bleach as punishment.

Additionally, they allege they were forced to drink water from a supply valve in the washing machine, and would be coerced into taking up to two dozen Benadryl in order to sleep.

Duncan’s five other children, aged 7 to 14, have all been placed in child protection services. The twins remain hospitalized; it’s likely they will go into the foster system once they are are released.

They face felony charges of injury to a child. Meanwhile, the father of the twins lives in Baton Rouge, Louisiana, with his wife. It is unclear why he will not take them in.

How We PAID OFF Our 5 Rental Properties
Housing Market Crash in 2023 or Just Fear-Mongering? | Real Estate Update
Getting VERY Close to NEGATIVE year-over-year Price Growth
U.S. home prices fall for 3rd straight month
No one is talking about this in the war with Russia | Redacted with Natali and Clayton Morris