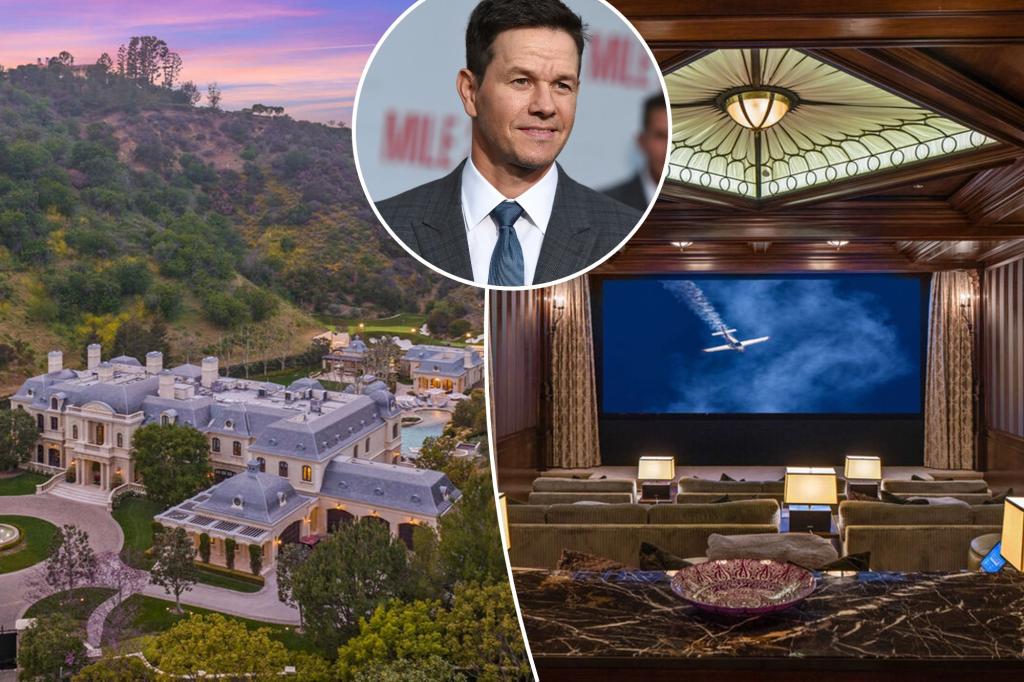 Mark Wahlberg has taken his Beverly Hills estate off the market after realizing this may not be the best time to sell, The Post has learned.

The “Father Stu” actor purchased the the plot of land in 2009 for $8.25 million, records show. He then spent years building his dream Mediterranean-style villa with his wife Rhea Durham, which wasn’t completed until 2014.

Sources say that due to rising mortgage rates, Wahlberg, 51, realized it was not a buyers’ market — and decided to hang onto the home for a bit longer.

Interest rates have reached an all-time high as part of today’s economic reality, with a 30-year fixed-rate mortgage now standing at 7.7%.

Wahlberg, 51, initially listed the colossal 30,500-square-foot home in April for a whopping $87.5 million. At the time, interest rates stood at 5.3% — still fairly high considering the years prior.

Made up of 15 bedrooms and 16 bathrooms, the home comes jam-packed with amenities that include a glass-walled gym, a wine cellar with a tasting room, a movie theater with seating for 15-plus guests, several wet bars, vast lawns, numerous mature trees, an outdoor skate park, an outdoor kitchen, golf greens, a grotto-style pool with waterfalls and formal gardens.

In 2017, Wahlberg installed a new patio cover. In 2014, permits for a new hydroelectric elevator were issued.

He also built a tennis bar, a pool cabana and a guest house with an attached garage, permit records obtained by The Post show.

Situated on 6.14 acres of land, the home is perched high in the mountains above Beverly Hills.

“[It is] truly a once in a lifetime opportunity to acquire one of the great estates in Los Angeles,” the previous listing said.

The move to take the home off the market also comes two months after the star shelled out $15.6 million for about 2.5 acres of bare land inside the guarded gates of the exclusive Summit Club in Las Vegas. It is unknown what he plans to do with the plot of land, but it could be a similar transformation to his Beverly Hills estate.

Wahlberg, the actor turned producer, is set to produce four different films: “Our Man from Jersey,” “The Family Plan,” “The Raven” and “The Six Billion Dollar Man.”