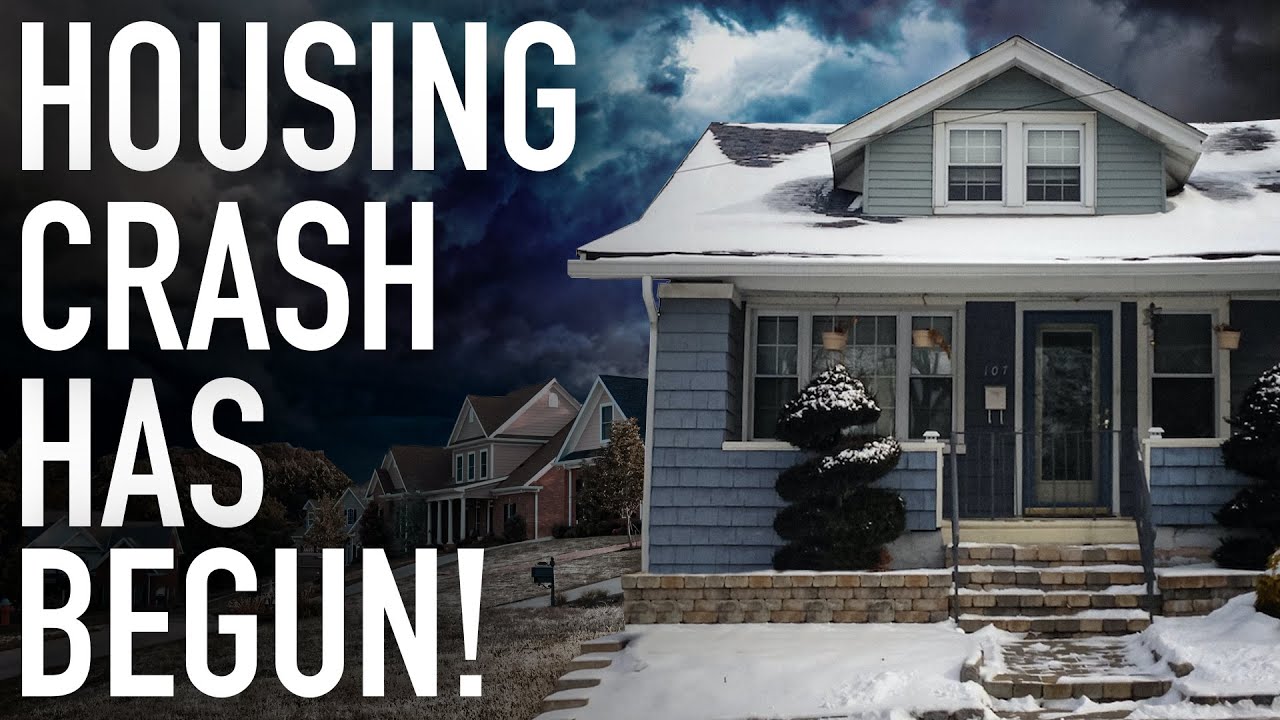 Buying Real Estate
Share on Facebook
Share on Twitter
Share on Pinterest
Share on LinkedIn
The housing market is cratering and the latest numbers reveal some really disturbing trends. With mortgage rates reaching 20-year-highs, owning a home in America has never been so expensive. Potential home buyers have been completely tapped out by now. That’s why over the past eight months, home sales have been consistently dropping and sellers are being forced to slash prices as demand cools down. At the same time, renters are having to cope with an even heavier financial burden. But the situation of homeowners isn’t any better – they’ve already lost $1.3 trillion in home equity since the crash began, and the number of borrowers at risk of going underwater more than doubled at this point. This is going to be worse than 2008, folks. This is a disaster in the making, and economists say we should all buckle in because a wild ride is ahead. In today’s video, we compiled the fresh numbers that you need to know about the ongoing housing crash, as well as the analyses of real estate industry experts who say that “no market will be immune” and that “housing is in free-fall”:
Homeowners are at serious risk as surging mortgage rates scare away buyers and accelerate the housing slump, analysts warn. The signs of distress can be seen everywhere. The latest numbers show that home sales plunged for the eighth consecutive month – the longest slide since 2007 – falling by 25% in October. Homebuilding starts also declined, and the number of new home listings went down by 22%.
Fueling the deterioration of the housing market, the Federal Reserve just pushed mortgage rates to 20-year-highs to 7.23%, which has “significantly weakened demand, particularly for first-time and first-generation prospective home buyers,” explains NAHB Chairman Jerry Konter. “This situation is unhealthy and unsustainable. Policymakers must address this worsening housing affordability crisis,” he stressed.
Every rate hike pushes on average an additional 9 million potential buyers out of the market, according to estimates released by Redfin. The growing concerns about the recession are also prompting buyers to back off, as some of them can feel that a repeat of 2008 may be happening again.
This means sellers will be forced to cut prices even further to readjust to an environment where buyers’ purchasing power is significantly lower than it was just a couple of years ago. “Buckle in,” warns chief economist at Moody’s Analytics, Mark Zandi. Given that the housing market is “the most interest-rate-sensitive sector of the economy. It’s on the front lines of the fallout from the Fed’s efforts to bring down inflation. There’s going to be a coast-to-coast downturn in the housing market. It’s going to be brutal. No part of the market is immune,” he emphasized.
The alarm bells are also being sounded by Ian Shepherdson, the chief economist at Pantheon Macroeconomics. Shepherdson says the steep drop in home sales has just begun, and even buyers who set their sights lower to cheaper houses will still face bigger mortgage payments.”In short, housing is in free fall. So far, most of the hit is in sales volumes, but prices are now falling too, and they have a long way to go.”
No matter what happens, the struggle to find affordable housing will only intensify. Americans are overwhelmed and hopeless. And if all of this sounds too familiar to you is because we’ve seen it happen before. But the proportions the current crisis will reach in the coming months will be unlike anything we’ve ever seen.

For more info, find us on: https://www.epiceconomist.com/