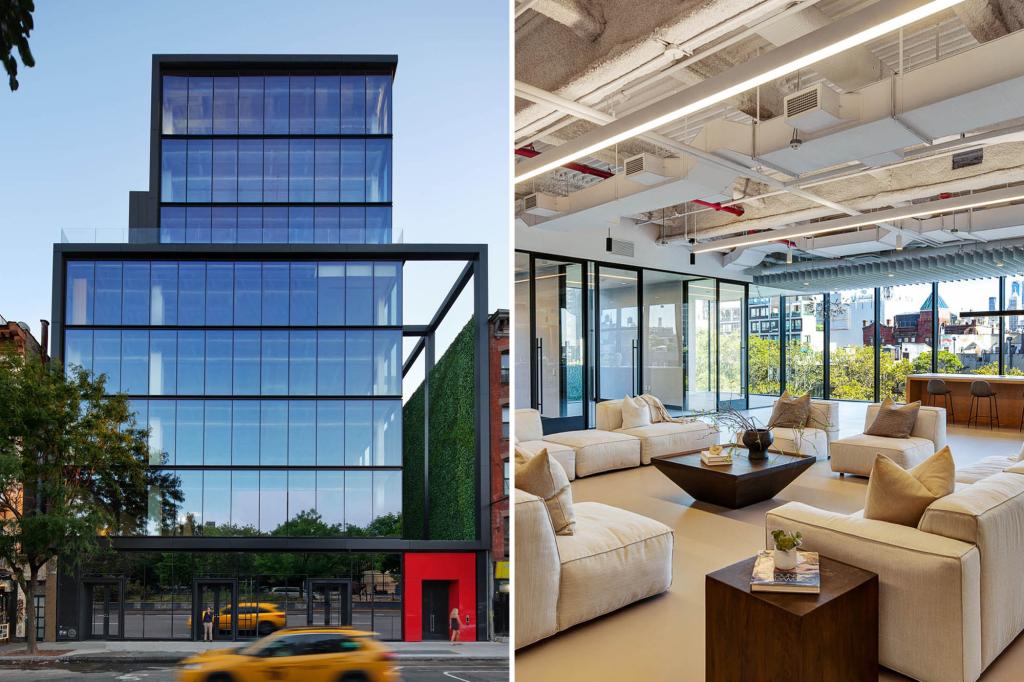 A private dining club that sold $14 million in memberships through NFTs early this year has leased its first space.

The Flyfish Club has landed in 11,000 square feet on three levels at 141 E. Houston St., a new office building under development on the site of the former Sunshine Theater by East End Capital, Grandview Partners and K Property Group.

Flyfish was founded by the VCR Group’s restaurateur David Rodolitz, entrepreneur Gary Vaynerchuk, celebrity chef Josh Capon and chef Conor Hanlon — with membership through non-fungible tokens that were purchased on the blockchain and are now being resold on Opensea.io.

Those resales bring in another 10% fee, and are providing capital for the buildout and other private events for members.

Rodolitz said in a statement, “We chose this location due to the dynamic neighborhood, the beauty of the building, and the shared vision with ownership of the future of members clubs.”

According to VCR’s website, the Flyfish Club will have a “bustling” cocktail lounge, an upstairs restaurant and outdoor space.

An “intimate” omakase room will additionally have a menu being created by Masa Ito, a partner with VCR Group in the Ito restaurant, and entered through a separate token. Here, members are allowed just one guest, which is the same for regular members in the cocktail lounge. But diners can bring a number of guests depending on their table size and reservation.

Last year, Rodolitz told Nation’s Restaurant News that he held back some of the tokens to ensure they weren’t all snapped up by Chinese collectors for investment, but who wouldn’t attend their events or restaurant, which is expected to open at the end of 2023.

Diners will have to pay for their meal with US dollars and is another reason the founders want active members.

“I have another set of tokens that, if need be I could sell, I could gift or do collaborations,” Rodolitz told NRN. “I could give to developer partners … I can make sure that people who want to enjoy it and utilize it will be there.”

Tokens can also be “leased” by the month, providing income to members.

Both the Flyfish Club and the building were represented by Richard Skulnik and Lindsay Zegens of RIPCO Real Estate. Sources said the asking rent was $225 per foot on the ground and less for the lower levels.

“We built 141 East Houston to attract visionaries like Gary Vaynerchuk and David Rodolitz,” said Jonathon Yormak, founder and managing principal of East End Capital. “Flyfish Club, much like our anchor office tenant, Solana, is a leader in the blockchain ecosystem and the decision to open the inaugural club at 141 East Houston speaks volumes.”